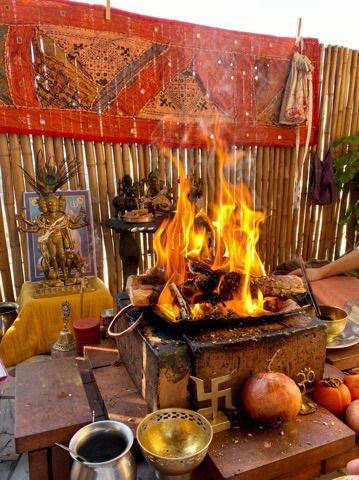 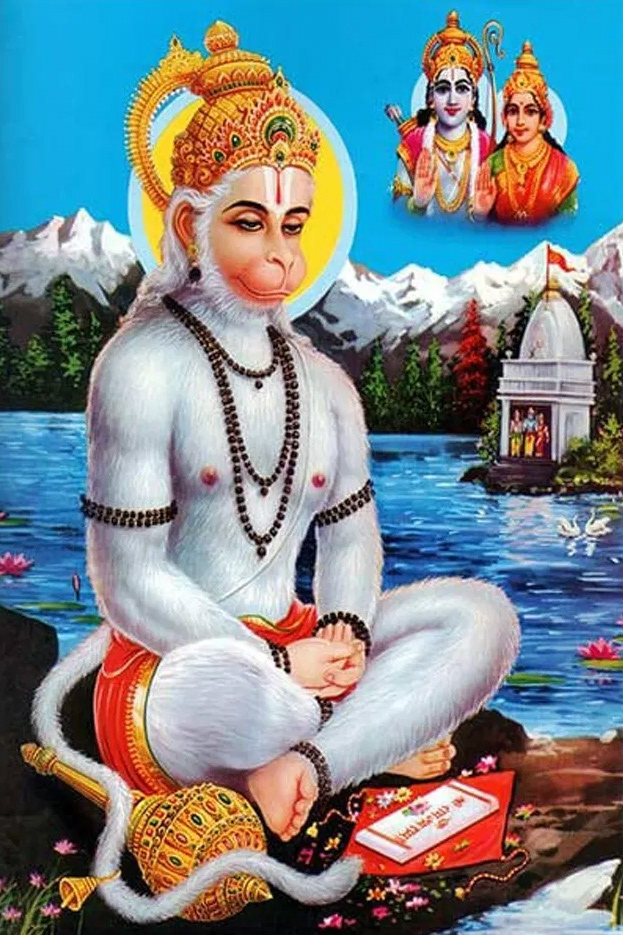 - STRUCTURE OF THE COSMOS
- STRUCTURE OF THE MAN
- STRUCTURE OF THE YOGA PRACTICE​​​​​​​
The seminar will be in Italian and translated into English.
"If the doors of perception were cleared, everything would seem to man as it really is, infinite." (William Blake)
The meaning and purpose of this intensive is to deepen and experience the relationship between the structure of the Universe - macrocosm - and the structure of Man - microcosm - through the structure of the Yoga practice.
In this first seminar, the bases for the work you want to share and do together will be established. Starting from the Samkhya cosmogony and developing the process that leads to the manifestation of the phenomenal world and the formation of the human structure, we interact with the structure of Yoga, which in its simple and complex system develops practices that, on the one hand, harmonize us with the cosmic structure and, on the other hand, they take us further, adjusting the individual's will to the universal will.
This path will summarize Yoga, Vedanta and Tantra, as explained in the classic texts and in the Yoga Synthesis highlighted by Sri Krishna (Bhagavad-Ghita) and developed until today by Masters Sri Aurobindo and Swami Shivananda.
What is the relationship between the chakras and the planets, between the marma points, the constellations and the body organs, between the elementary elements, the senses of perception and the stars in the practice of Yoga?
Knowing the structure of the cosmic manifestation through the tools of the ancient Science of Yoga is a first step towards the Self, towards Enlightenment, the awakening and the realization of the Self, of the Self in relation to all beings and all. 'Being universal that resides in our own heart. "Sarvasya cãham hrdi sannivistah" "The Lord, is in everyone's heart".​​​​​​​​​​​​​​ 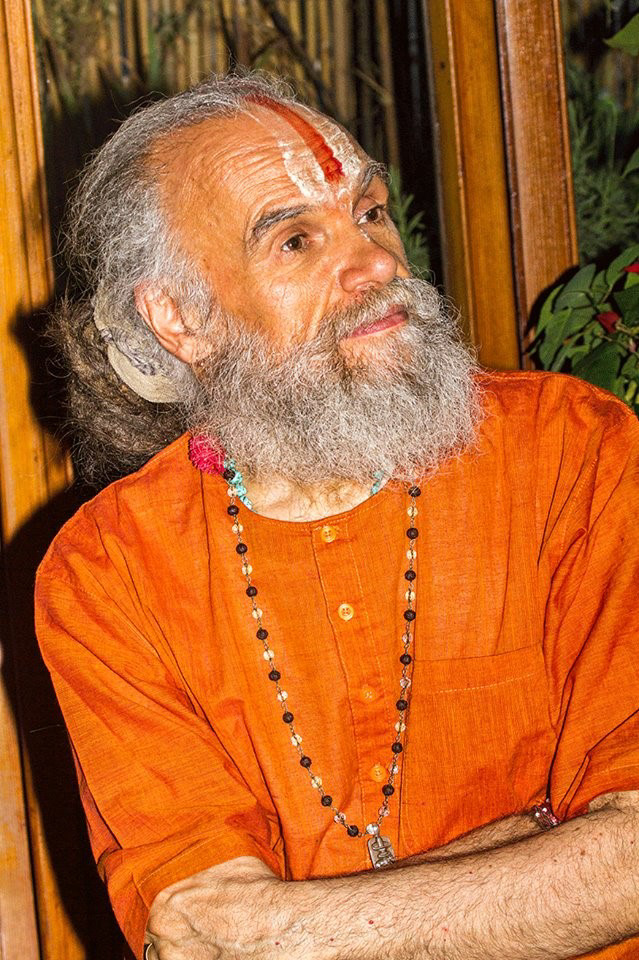 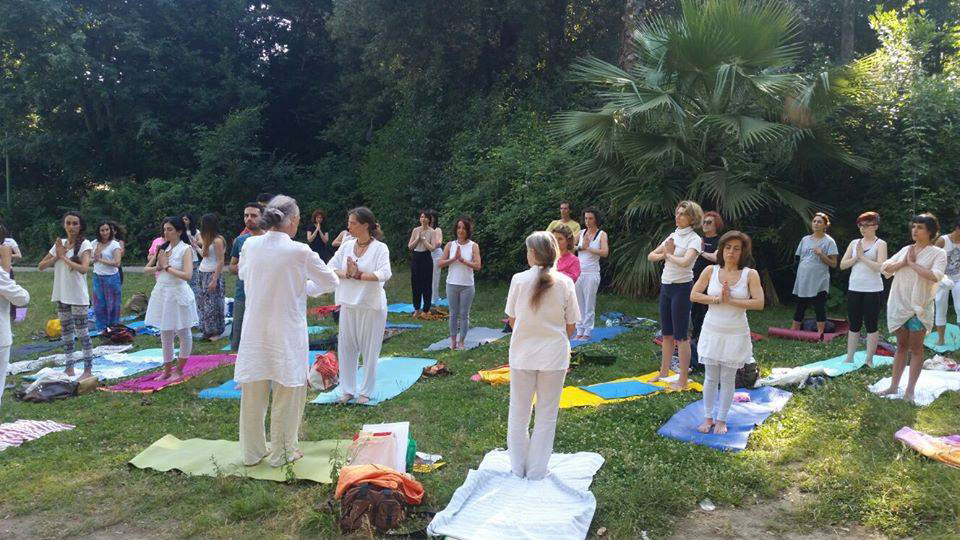 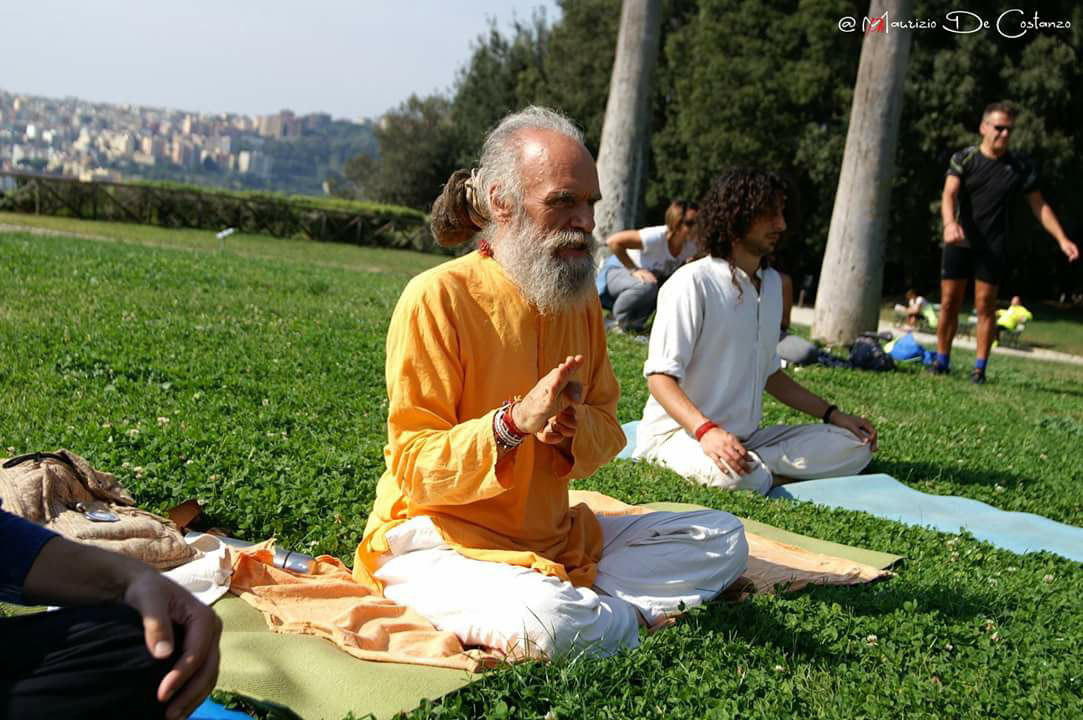 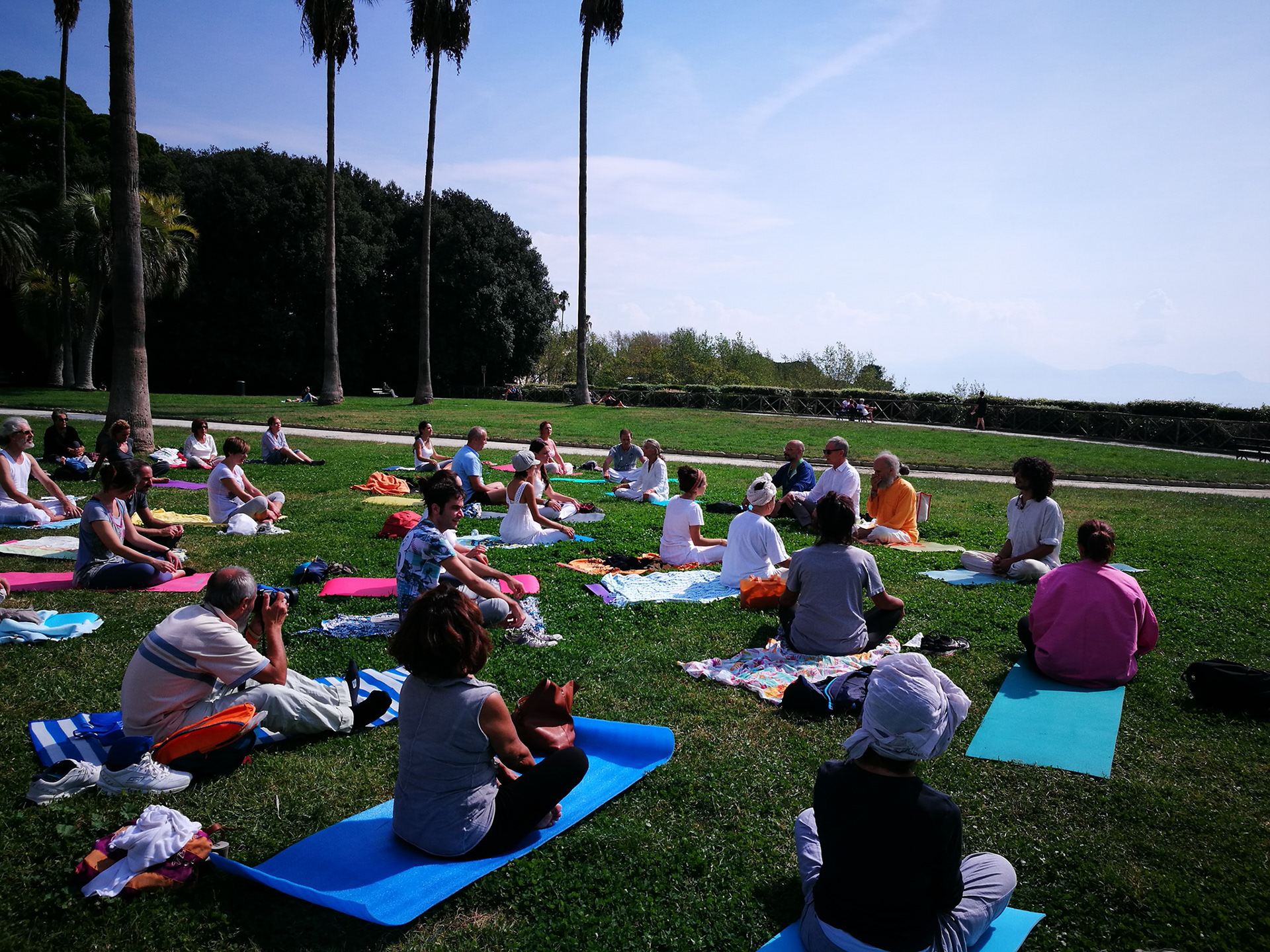 PROGRAM:
- Yoga practice in Asana, Pranayama, Mudra, Japa.
-Mantra, Kirtan and Bhajan
-Dance, meditation Vedic Ceremony of the Sacred Fire, puja,
-Satsanga, Conversations and study, Individual interviews.
- Walking in nature, taking care of the practice site, cooking and a natural diet will be an integral part. All in an atmosphere of celebration and intense depth at the same time, in the respect and loving care of each one and the community of practitioners and the place of practice and Nature that welcomes us.

Ramanuja Acharya Das (Gino Sansone)
Ramanuja Acharya Das is a Master of Yoga and founder of the School of Integral Yoga in Naples, Italy, since 1986. He is a graduate professor at 'The Yoga Vedanta Forest Academy' of the Divine Life Society of Rishikesh, Himalayas (India), after studying for fourteen years with his master Sri Swami Yogaswarupananda Saraswati, president of DLS and Tutor of the School of Integral Yoga since 1987. In 1985, he was an initiated member of the RamaKrishna Mission with Master Swami Ritajananda Maharaji, at the Center Vedantique Ramakrishna (France) . He has been a meditation master of Shri Vaishnava Ashrama since 2008, a member initiated by Sri Sri 1008 Damodara Achrayajidal 1986 at the Savamana Salagrama Mandir in Vrindavan (India) in 1986. He is a teacher of natural vegan food and cooking, according to the knowledge and flavors of the Mediterranean tradition, Ayurveda and macrobiotics. Artist, graduated from the Academy of Fine Arts in Naples, has been the focus of the Yogic-Shamanic Theater Laboratory since 1980.​​​​​​​

FOOD
"A balanced and healthy diet is important as a practice for us"
Gino Sansone, Ramanuja is a teacher of natural vegan food and cuisine, according to the knowledge and flavors of the Mediterranean tradition, Ayurveda and macrobiotics.
We also work in agriculture, gardening. Portugal has rich and fertile soil.
Ideally, a yogic diet would be rich in sattvic foods.
Sattvic foods are usually fresh vegetables, grains and vegetables, light spices and lightly sweet foods.
According to Ayurveda, this is the best diet for a yogi to adopt.
It helps to keep your mind clear and sattvic and makes you feel good physically and emotionally.

THE PLACE
"If you love nature, this is the place for you."
We are closed to Ericeira, Portugal, Europe's modern spiritual mecca. Ericeira is a place that witnesses a transversal migration of people with a common goal in contemporary society, based on living sustainably in harmony with the land, the ocean and with others, but also with the birth of projects as spaces for teamwork, networks of digital nomads, ecovillages, permaculture and shared gardens.
Almashala is located in a strategic location. Pure nature is just steps from your door.
The Sintra Reserve is one of the most suggestive natural attractions in the whole country and offers endless routes for hiking and trekking. From our place, you can reach the beach on foot, going through a charming path in the forest or following the river and getting lost in the valley. 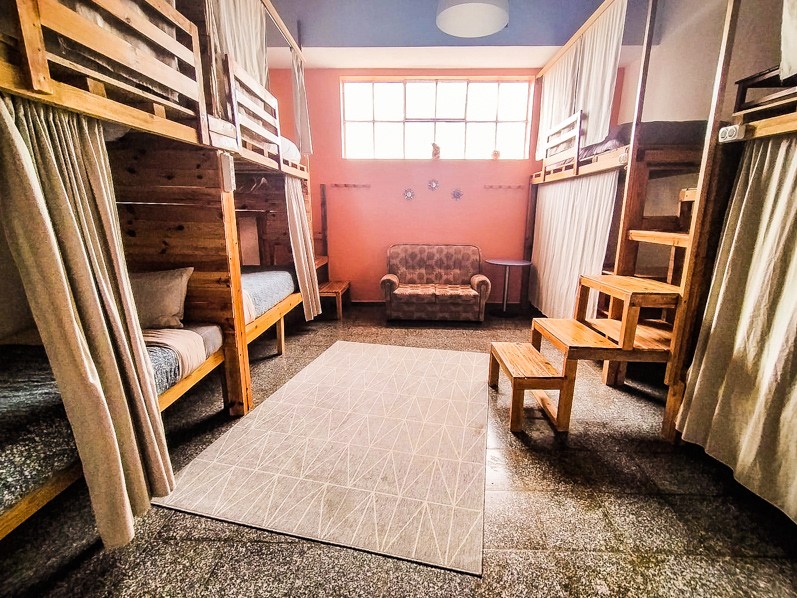 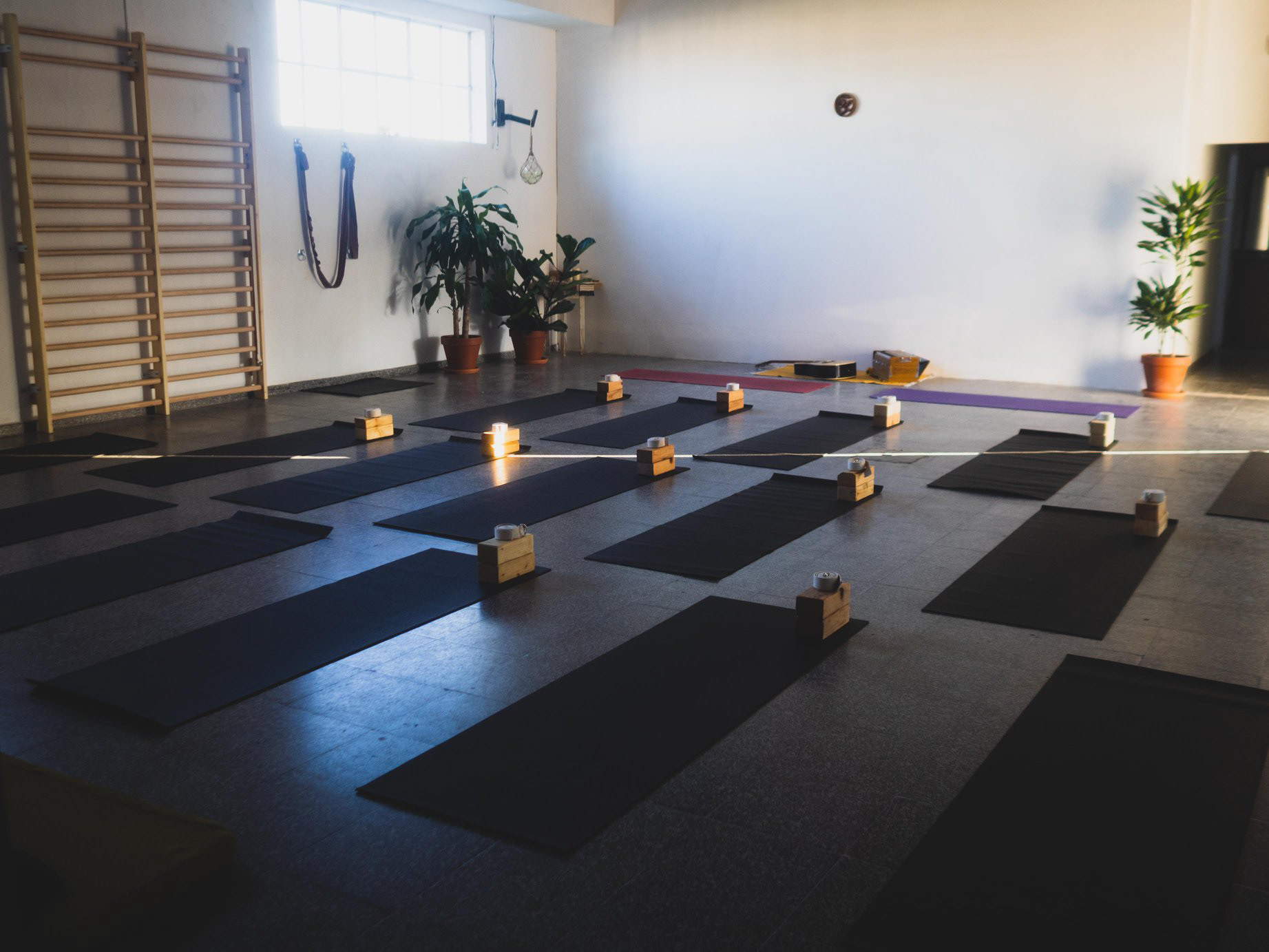 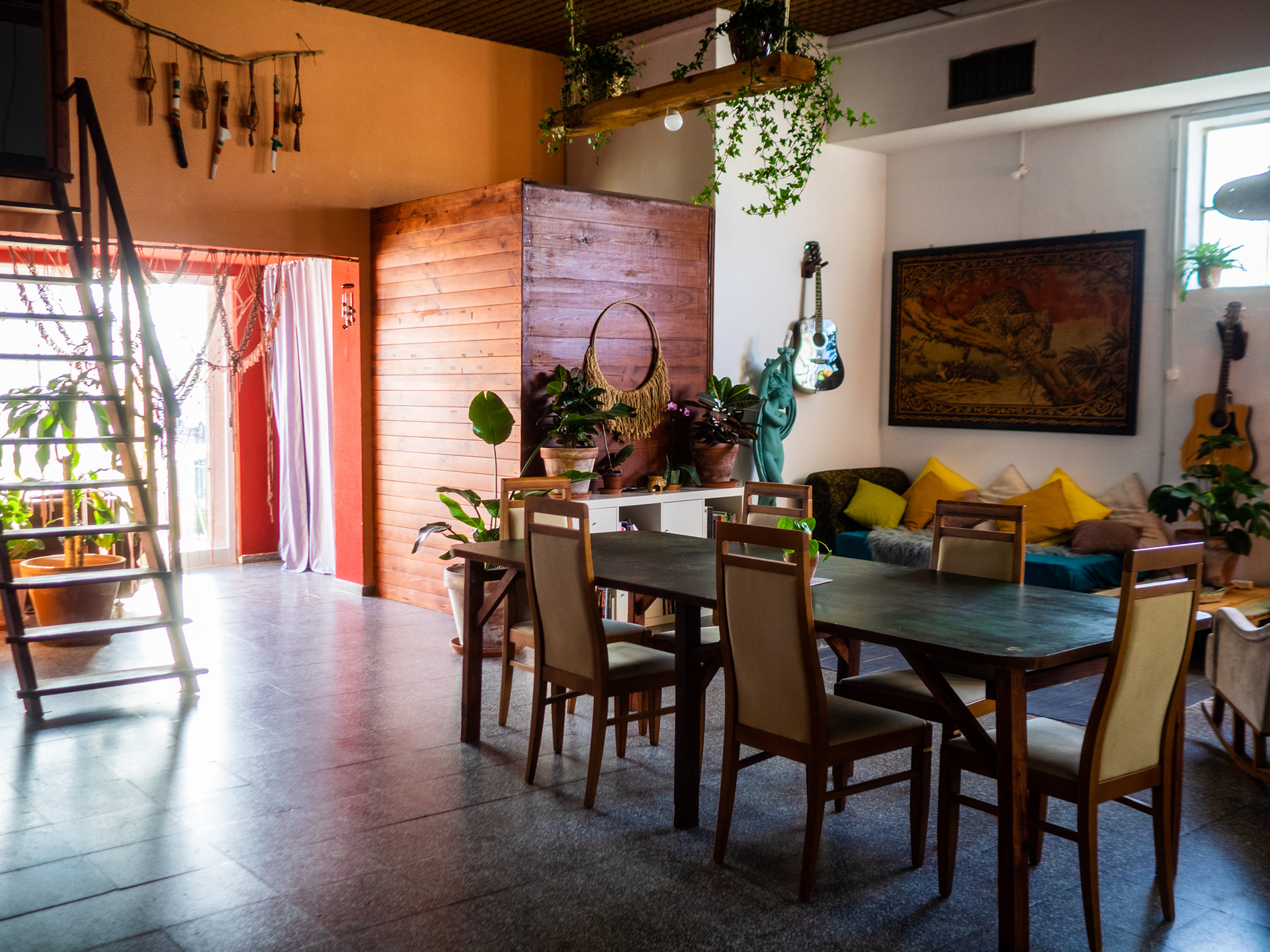 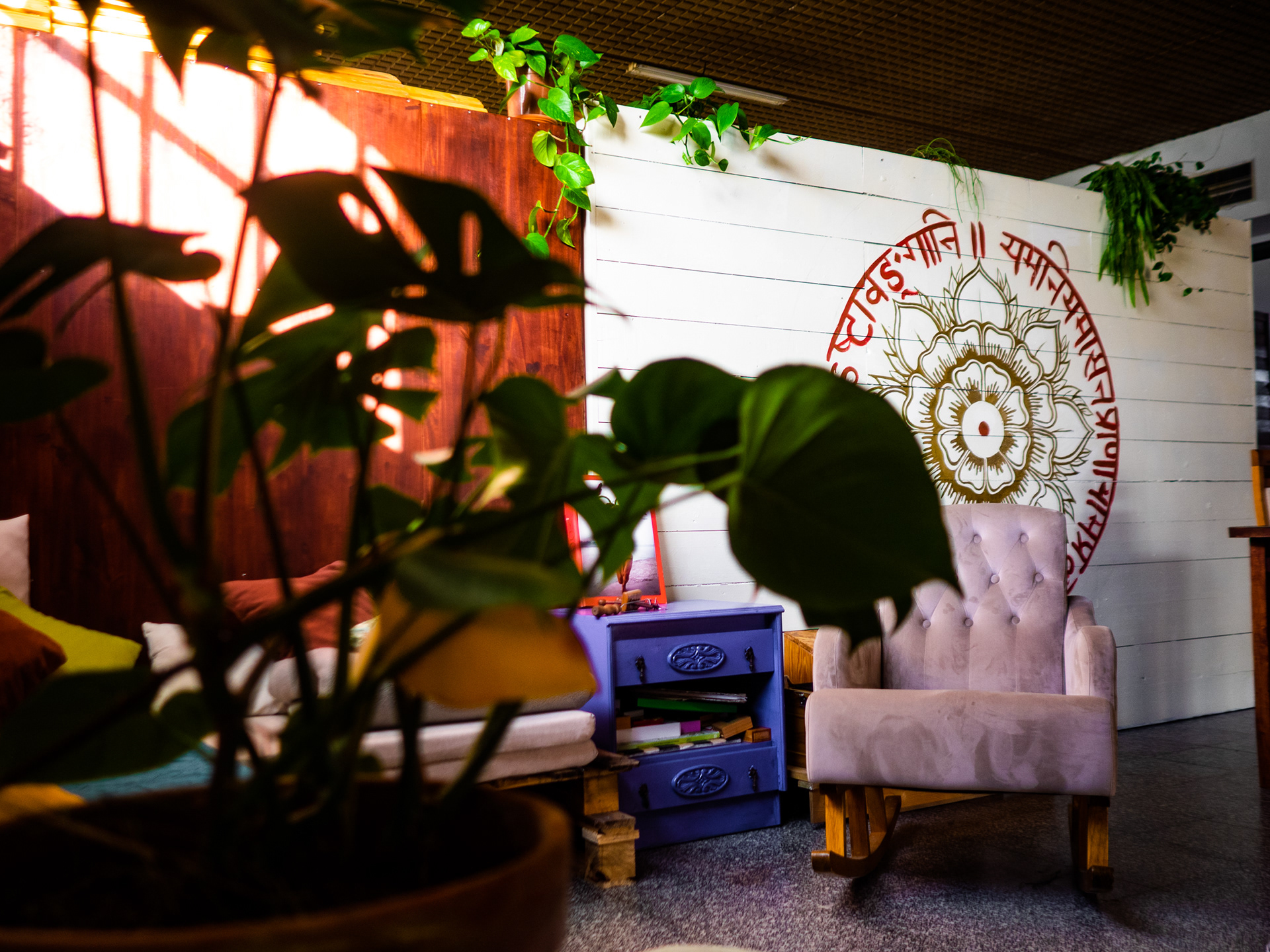 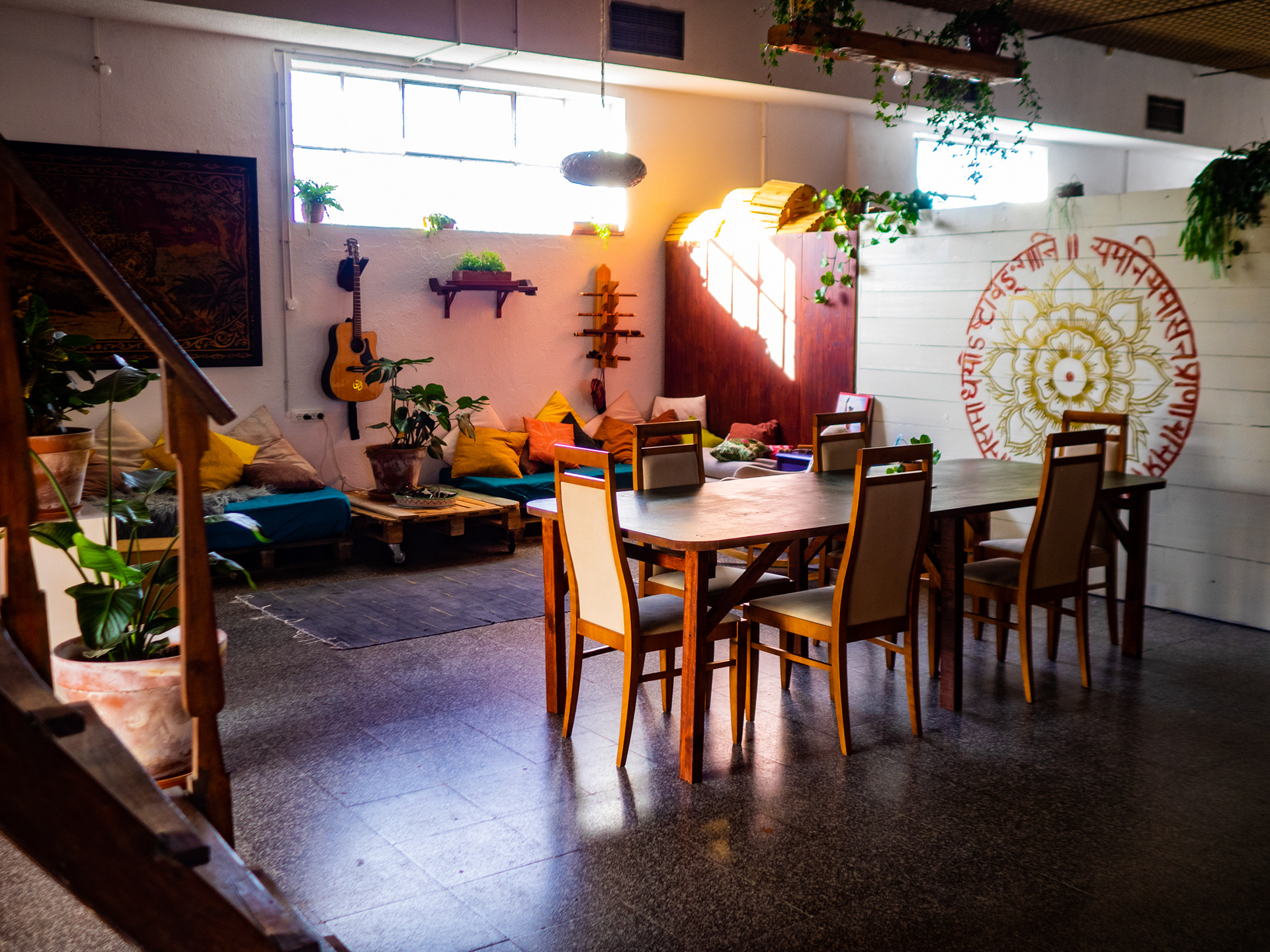 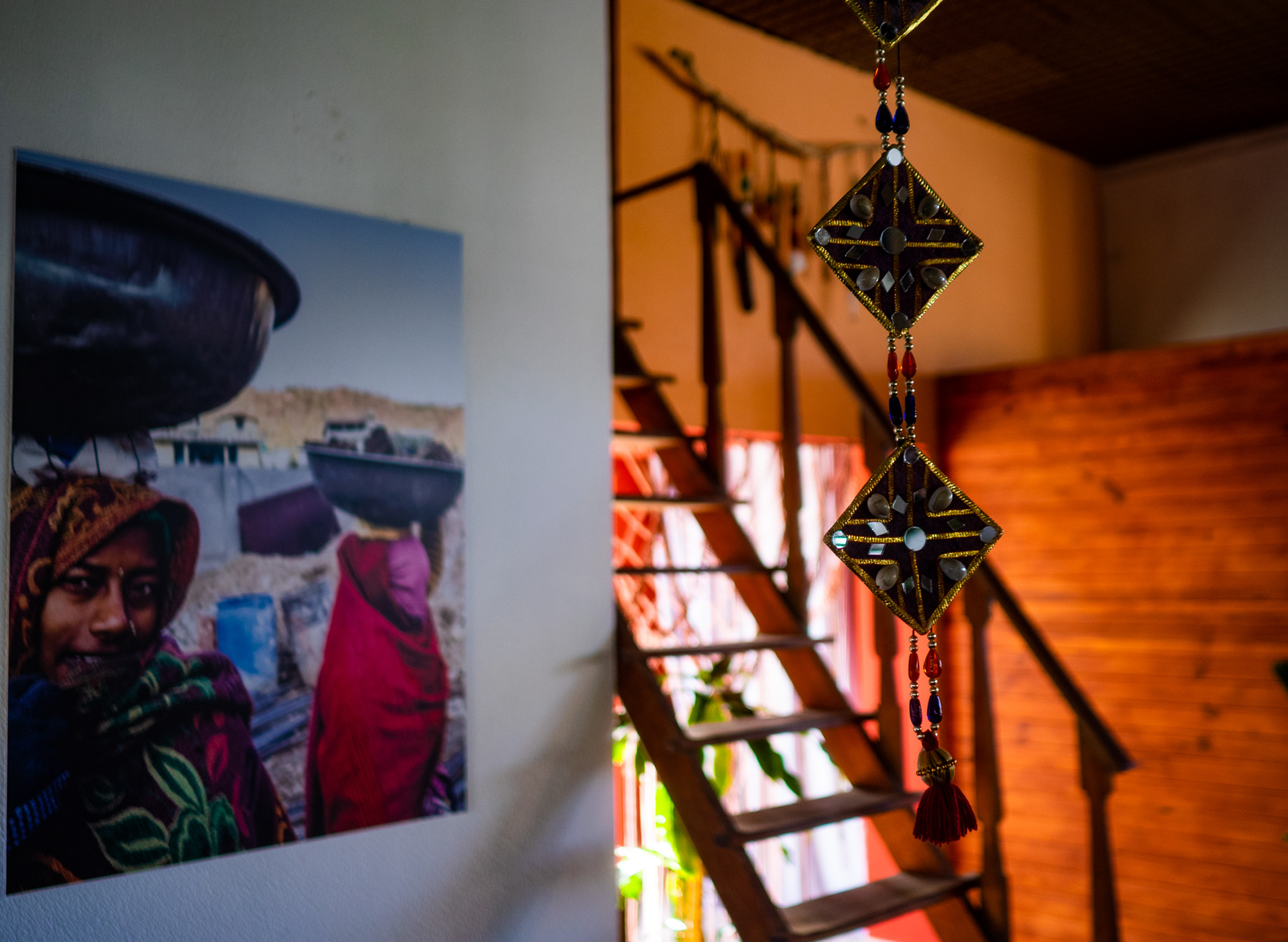 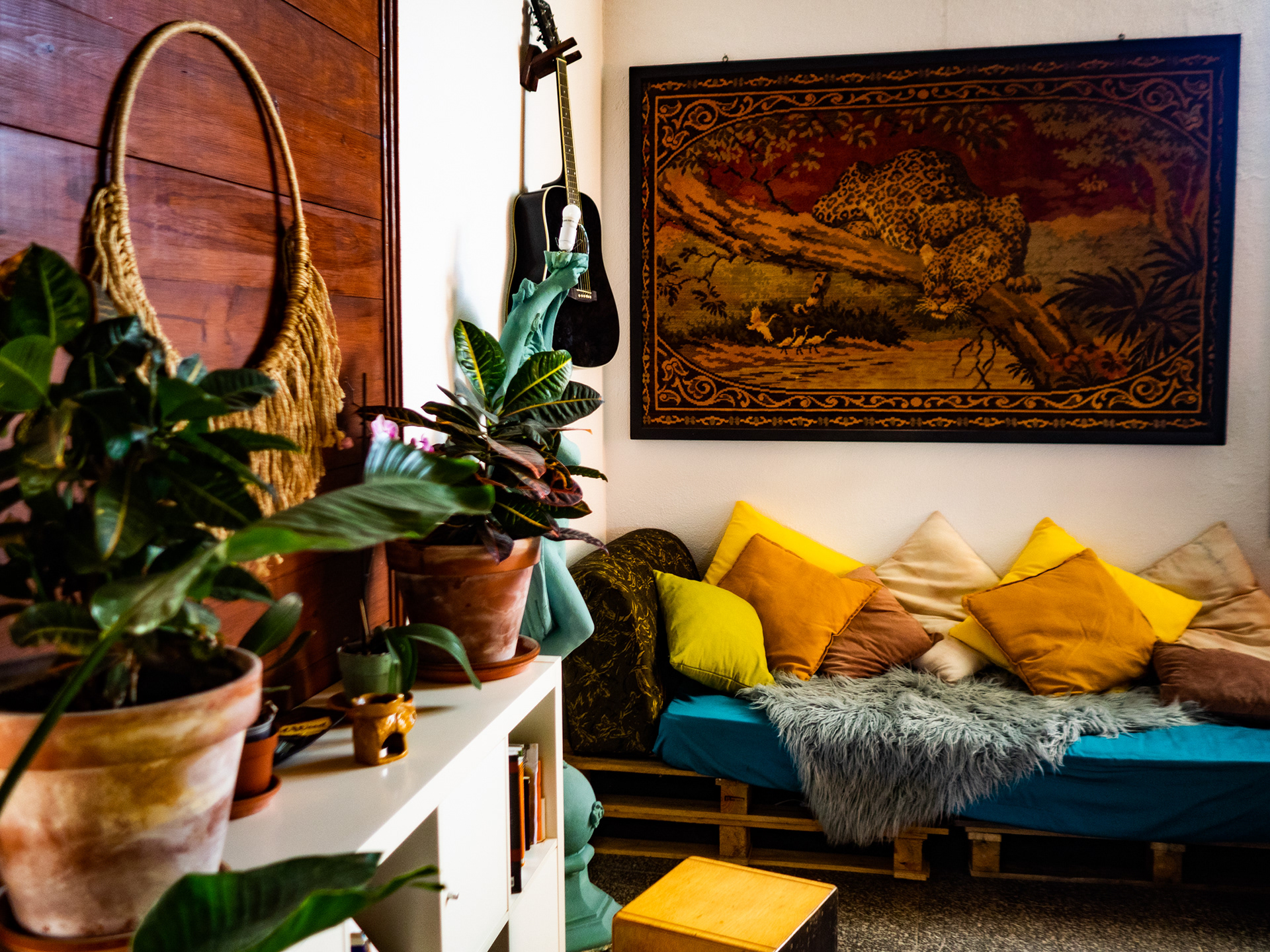 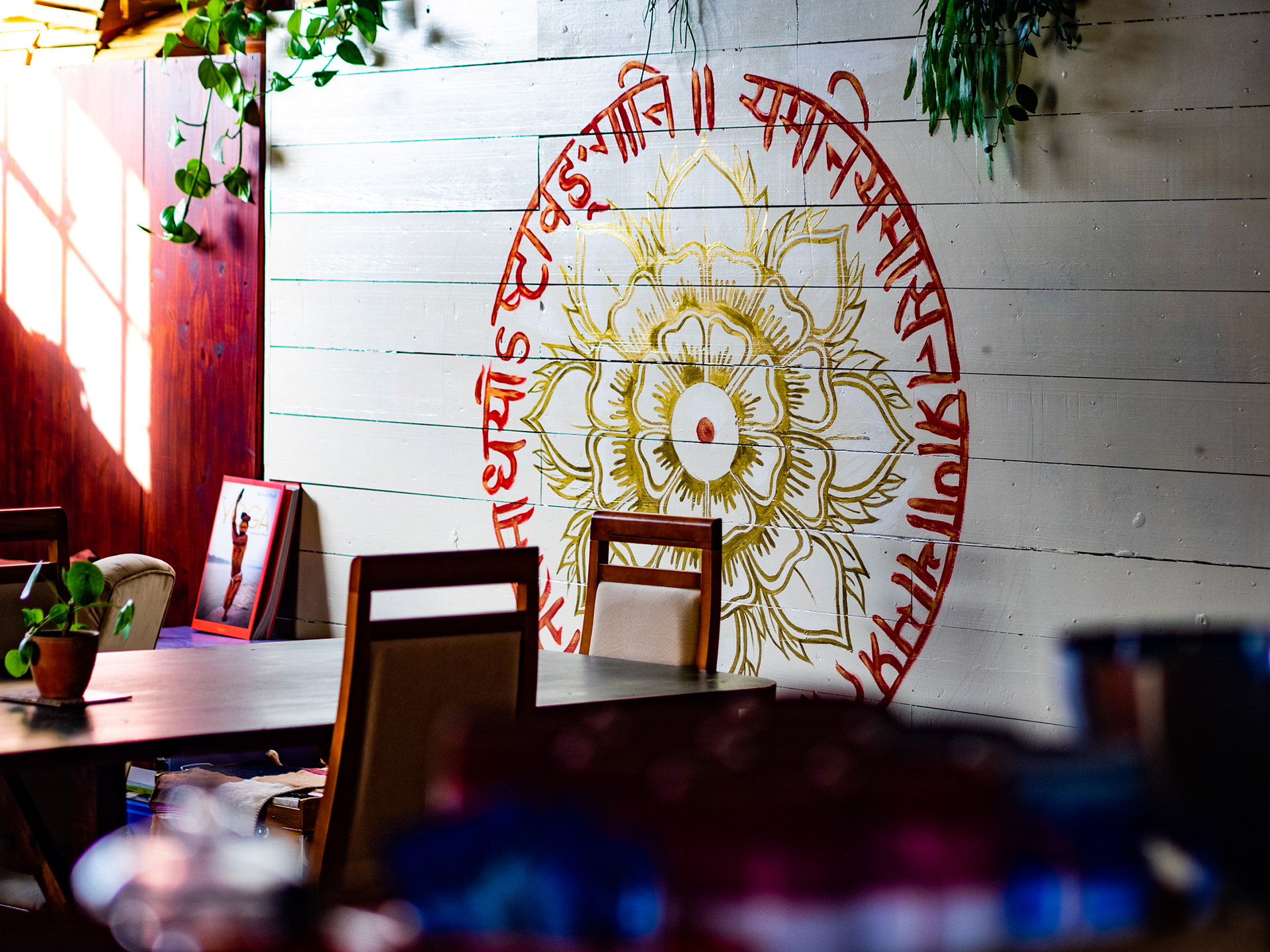 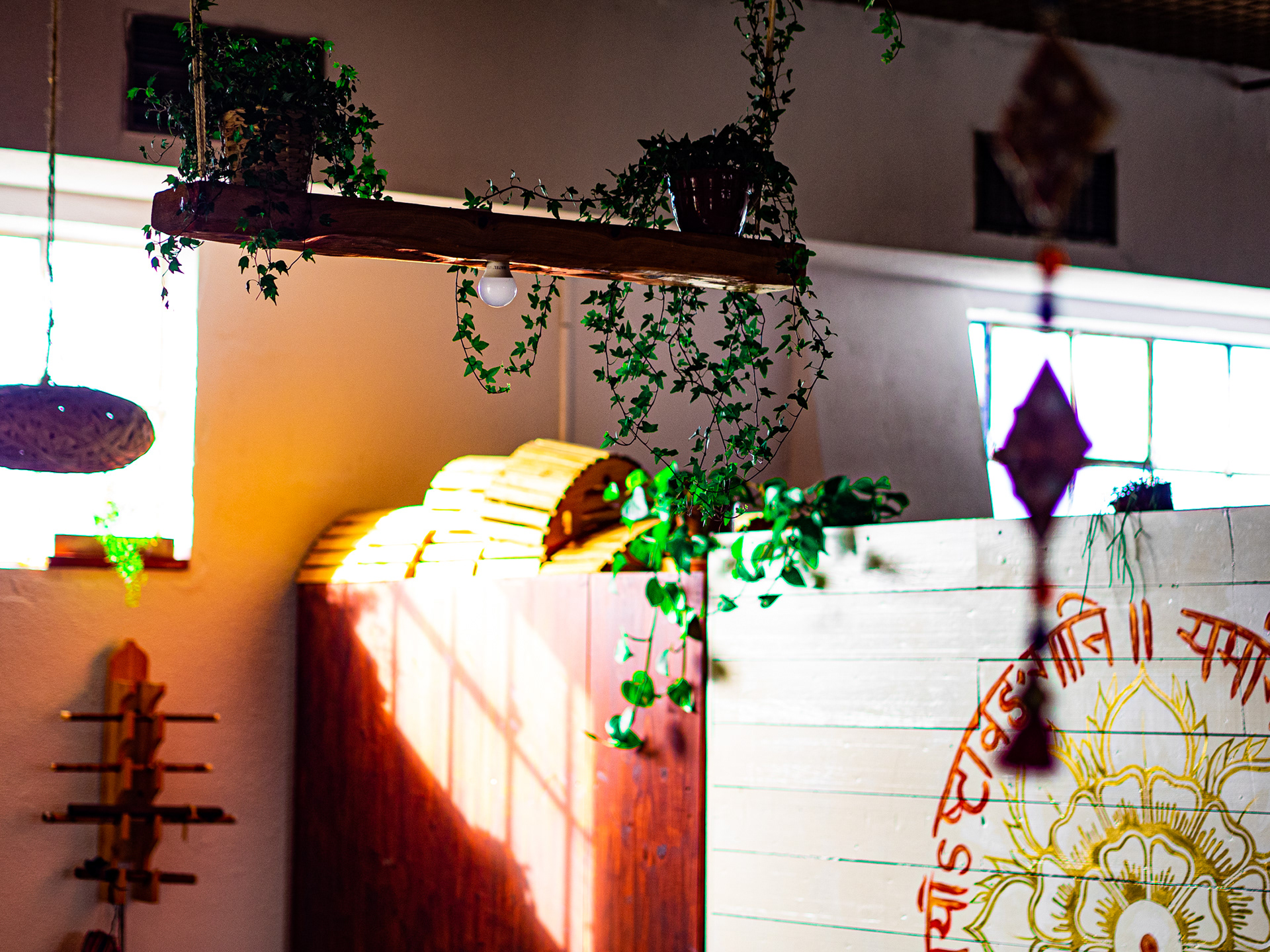 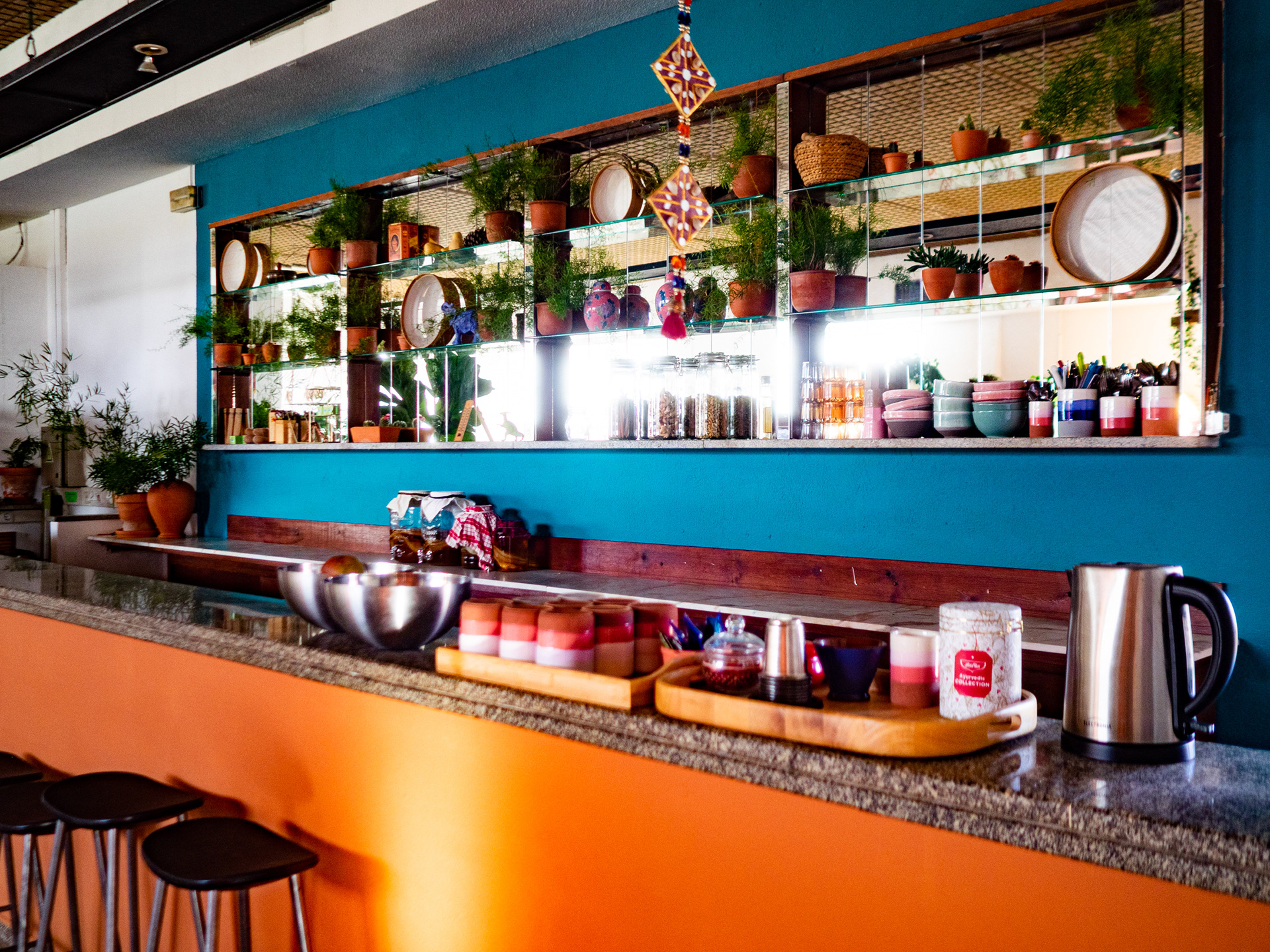 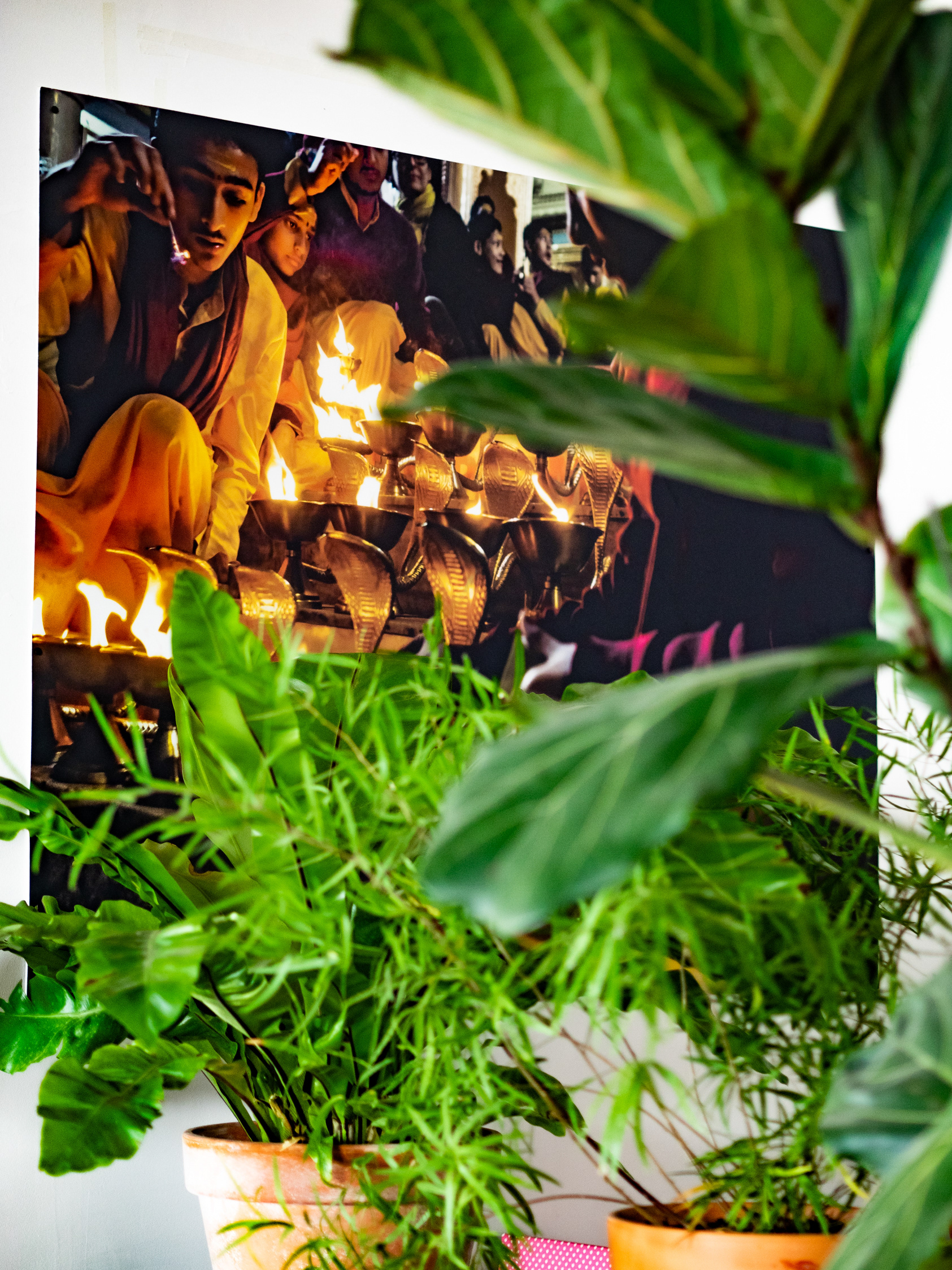 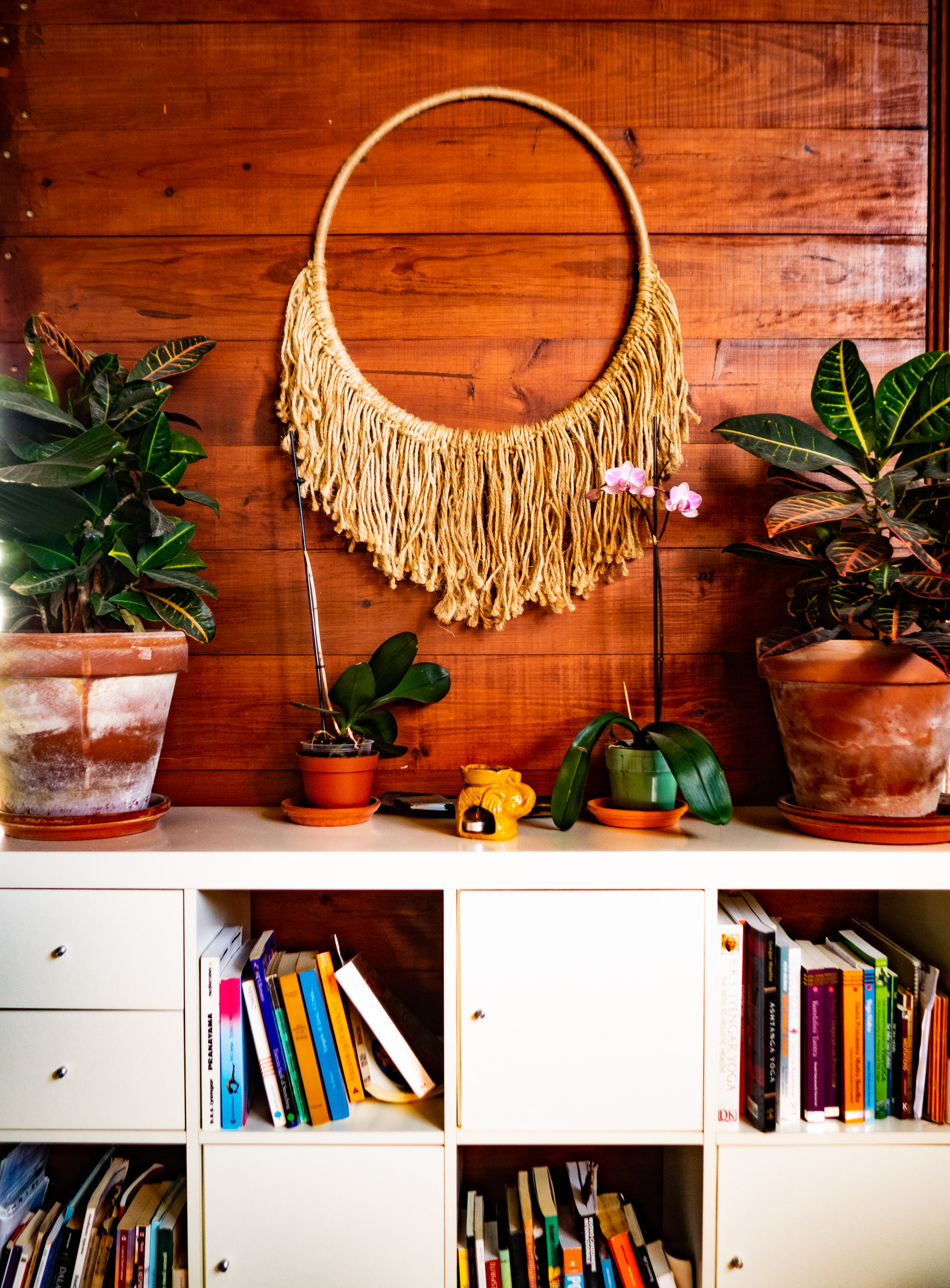 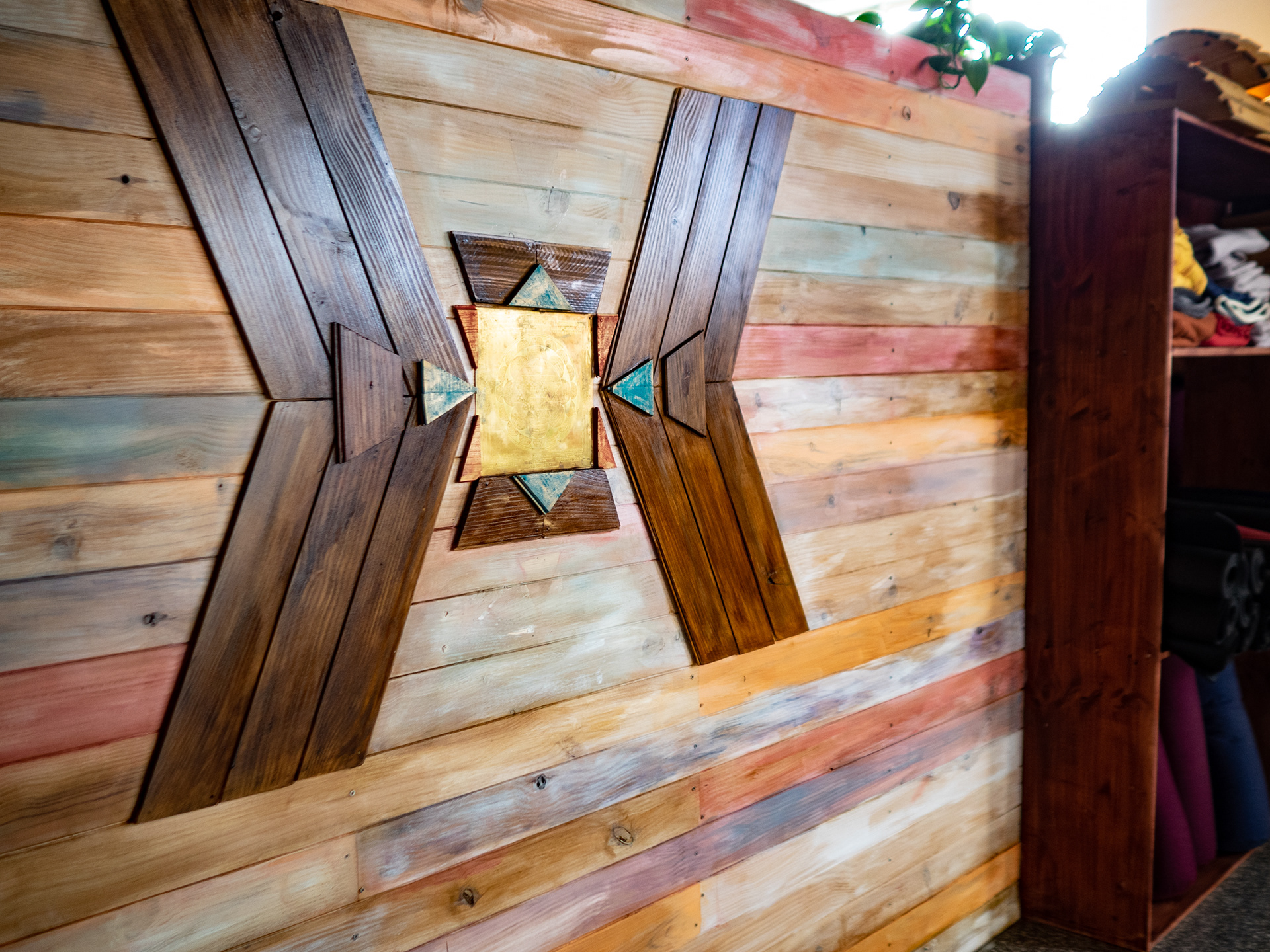 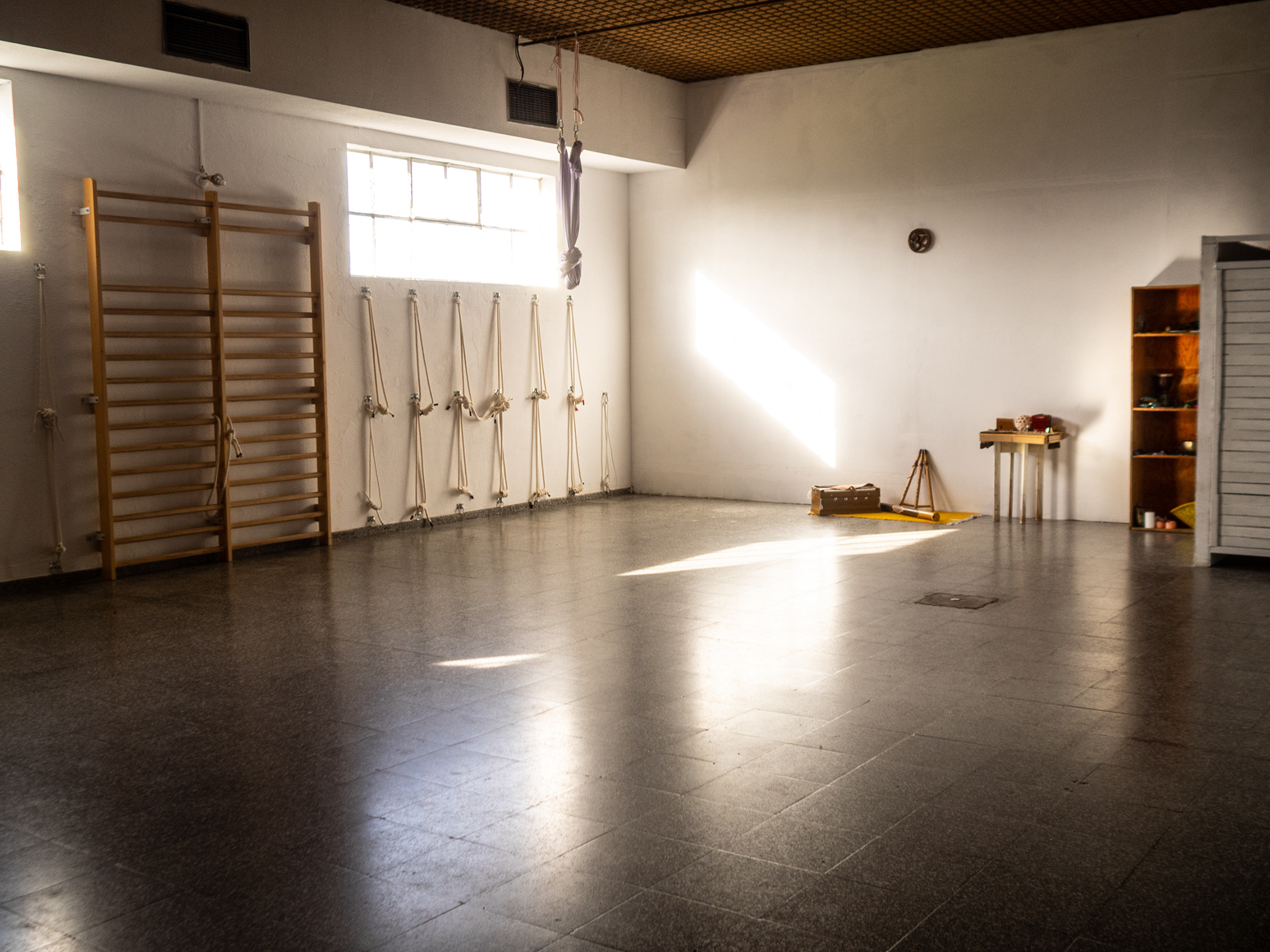 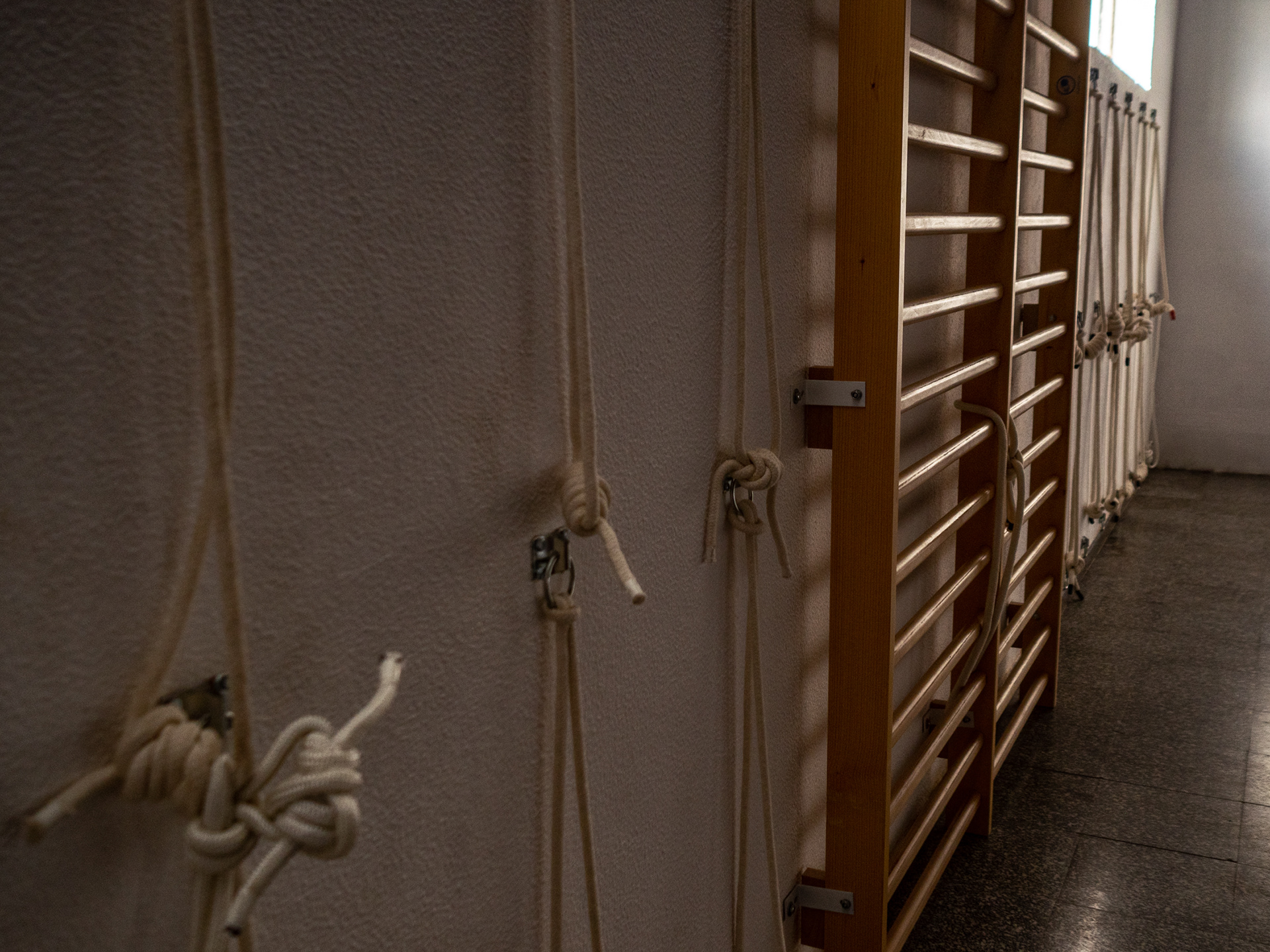 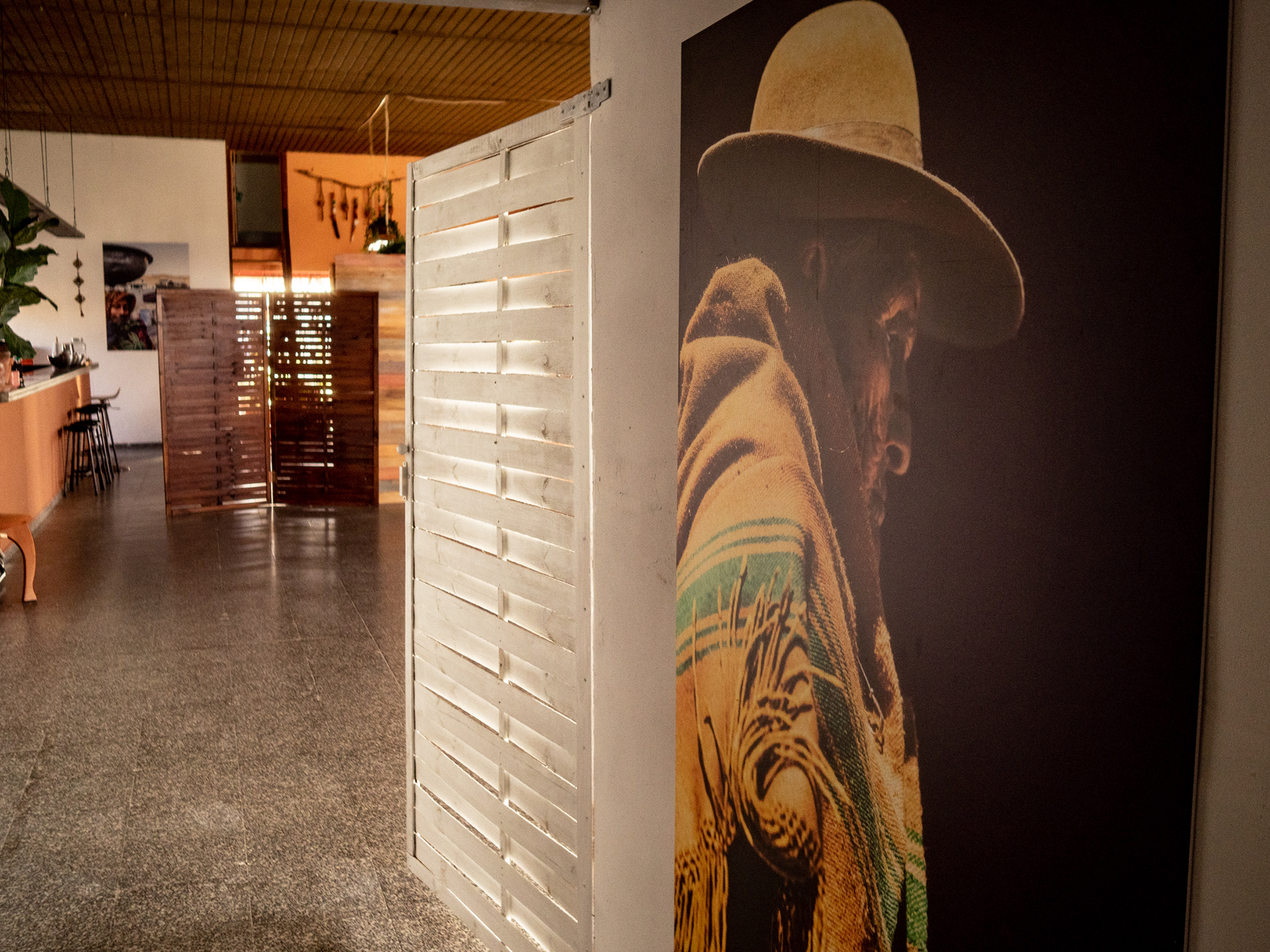 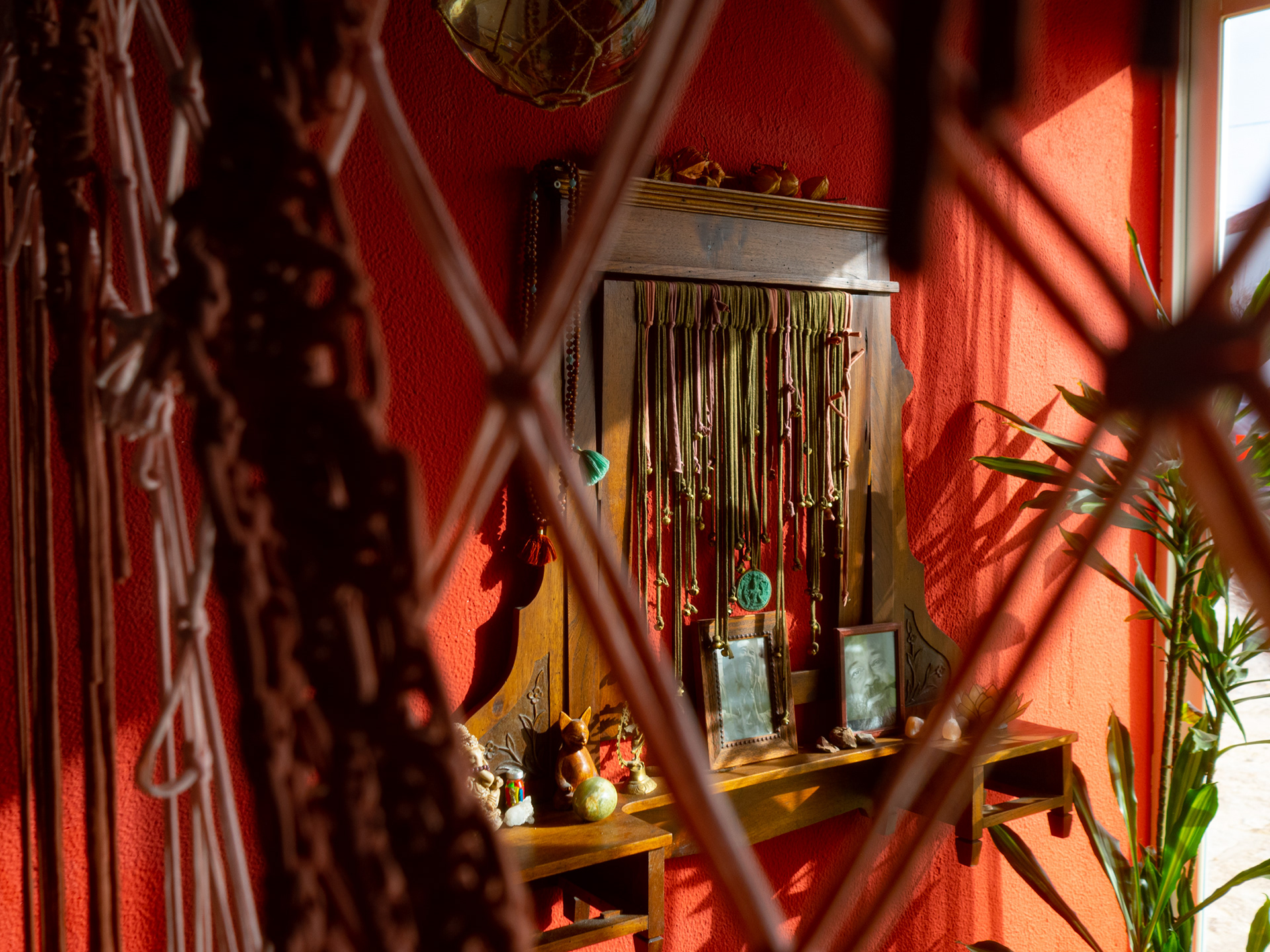 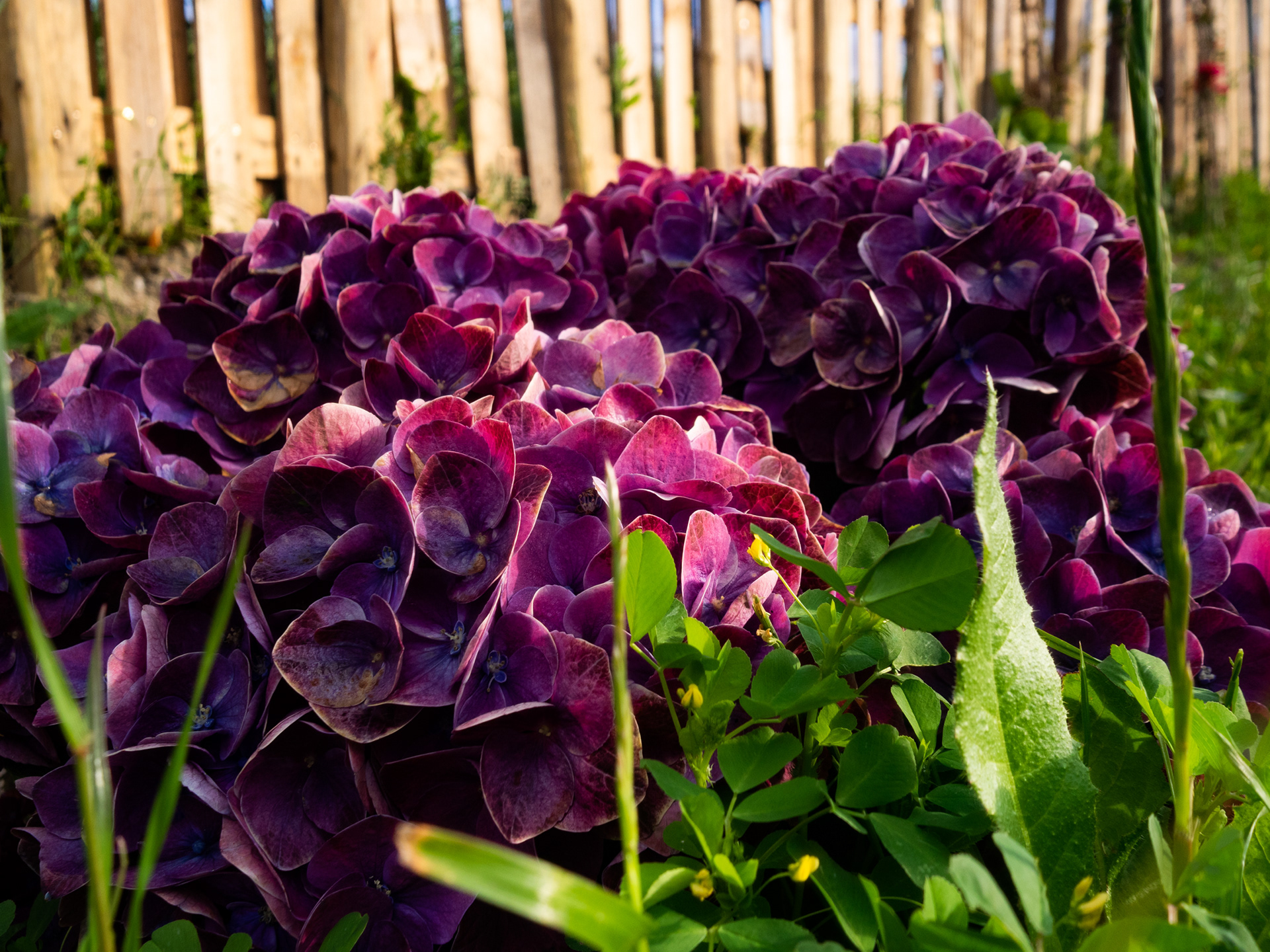 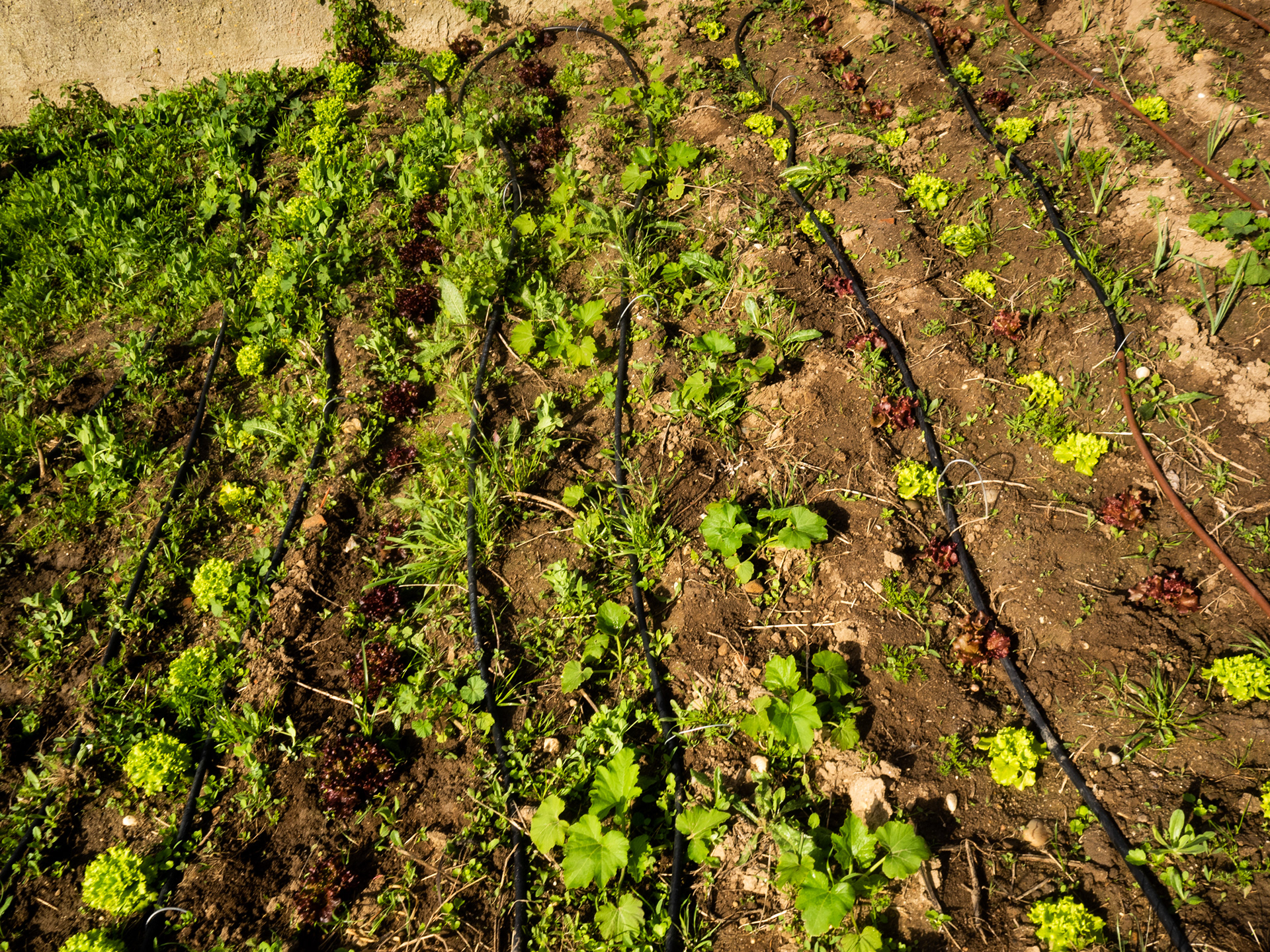 ALMASHALA
A paradise for Yogis, a place of happiness, peace and discipline.
A domestic version of holiness, a sacred refuge, a vibrant space to cultivate mental and physical balance
The design of the space follows the Vastu philosophy, the traditional Indian system of architecture, a transcendental residential design in harmony with nature. With the main entrance and the meditation area facing Nord East, the seat of consciousness, where Surya the Sun rises. The fireplace in the southeastern area, which is under the influence of the fire, Agni, where its heat activates the energy.
Yoga Shala in the center, in the Brahma hall, surrounded by a vibrant spine of natural light.
The space is really huge, 260 square meters. The total capacity of the shala is 25 people.​​​​​​​
-------------
It will be possible to follow this intensively in two ways:
-RESIDENTIAL (accommodation, activities, meals) - (All inclusive every day)
- Daily activities - (Daily rates)
PRICE FOR 7 NIGHTS (all included)
DOUBLE SHARED ROOM ----- 1 person 606 EUR
Dormitory ----- 1 person 578 EUR
The funds will be entirely donated to support the free activities of the School of Integral Yoga since 1986, Social Yoga with spiritual, humanitarian, social, environmental and for
animal rights
Om Shanti.
Thank you!
↑Back to Top